There are many positive benefits of extended breastfeeding for both mother and child and it should be done without shame or embarrassment.

Why is breastfeeding my 20-month-old making me uncomfortable?

To tell you the truth, I love breastfeeding my daughter. There is nothing about it that I dread or resent. Sure, it’s a little annoying that I’ve been wearing a bra for almost two years straight and have to make sure everything I wear has easy boob access, but it’s a small price to pay for the comfort and nourishment I’ve been able to provide my daughter.

We had many breastfeeding struggles in the beginning and I am so proud that we are still going strong. However, most people don’t agree with breastfeeding children into toddlerhood and they’ll let you know with their judgmental stares and subtly disapproving comments.

As we inch closer to my daughter’s second birthday, I was beginning to think maybe it was time to start the weaning process. Not because I felt like it was the best thing for my daughter and me, or that we were even ready for it, but because I didn’t want to feel any shame or embarrassment about breastfeeding my no longer infant child.

Could science be on our side?

After doing tons of research about delayed weaning and extended breastfeeding, I found that there are so many incredible benefits for both mother and child.

According to the American Academy of Pediatrics, there is absolutely no evidence that extended breastfeeding has any negative effects on children psychologically or developmentally. The only “negative” thing about it is the way our society disapproves of it.

Actually, most health organizations fully support extended breastfeeding. The World Health Organization emphasizes the importance of nursing up to two years of age or beyond. The American Academy of Family Physicians states that it has been estimated that a natural weaning age for humans is between two and seven years and that breastfeeding should ideally continue beyond infancy. The Academy of Breastfeeding Medicine says that there is no medical or scientific basis for the claim that extended breastfeeding is harmful to mother or infant and that “Indeed, the more salient issue is the damage caused by modern practices of premature weaning.”

Why would I stop doing something that is obviously beneficial for my child just because it goes against a societal norm? Aren’t we taught from an early age not to care what other people think about us?! I mean, come on!

However, as much as I’d like to say sticking it to the man comes easy for me, it doesn’t. I like to arm myself with as many facts and as much knowledge as I can. Partially to guard myself against naysayers and partially to have as a reminder when I feel people wearing me down. That way next time someone says, “Oh, you still breastfeed?” in a less than favorable tone I can say, “Yes, according to research the longer a child breastfeeds the higher their cognitive achievement, so I thought why not!”

If you’re like me and want to continue breastfeeding your child but need some science to back up your decision, then keep reading, take notes, and get your comebacks ready!

What are the 10 benefits of breastfeeding?

One of the most obvious benefits of extended breastfeeding is the ability to provide immediate comfort when your child needs it. Whether that be when they’re sick, hurt, or in an unfamiliar environment.

According to Elizabeth N. Baldwin in Extended Breastfeeding and the Law, “Breastfeeding is a warm and loving way to meet the needs of toddlers and young children. It not only perks them up and energizes them; it also soothes the frustrations, bumps and bruises, and daily stresses of early childhood. In addition, nursing past infancy helps little ones make a gradual transition to childhood.” (source)

Anyone who has a toddler knows how difficult it can be to get them to go to sleep at night. Well, breastfeeding your toddler actually helps make bedtime easier by giving your toddler a nice dose of tryptophan, which is an amino acid used by the body to make melatonin. Melatonin is a hormone that helps induce and regulate sleep!

A nursing session is like hitting the pause button on the day. When your child wants to nurse you stop everything and you nurse them. Your focus is forced from the day’s tasks to your child if only for 5 minutes. Those little moments while nursing might be the only moments throughout the day when your busy body toddler is calm in your arms.

Extended breastfeeding brings you more of those quiet bonding moments and that is priceless in my opinion. Soon enough your child won’t want to nurse anymore and will want their independence. I say take every bonding moment you can while they are still giving them out for free!

There is a myth circulating out in the world that breastmilk loses its nutritional value after your baby is 1 year old. However, that could not be farther from the truth. One of the benefits of extending breastfeeding is that it provides continued nutritional support as long as your child is nursing.

Sure, the nutritional content of breastmilk changes but that doesn’t mean it becomes worthless. According to research, “Breast milk continues to provide substantial amounts of key nutrients well beyond the first year of life, especially protein, fat, and most vitamins.” The only vitamins and minerals that are lower in concentration are zinc, calcium, iron, and oligosaccharides. That means that breastmilk is a healthy addition to your child’s diet of solid foods and I like to think of it as the world’s best and most affordable multi-vitamin! (source)

5. Provides a safety net of hydration and nutrients

Speaking of nutrients, extended breastfeeding provides a safety net of hydration and nutrients when your child is sick or boycotting food. If my daughter is not feeling well and doesn’t want to eat or drink, I feel safe knowing she is getting hydration and nutrients through nursing. She is also a very picky eater, so on days when I can’t get her to eat very much, I take comfort in knowing she is getting enough calories for the day through breastmilk.

We all know that babies are born with very weak immune systems and that the antibodies present in breastmilk help them fight off germs, infections, allergies, and even eczema and wheezing. Well, no matter how long you’ve been breastfeeding those antibodies are still present in your breastmilk and will continue to help boost your child’s immune system for as long as you breastfeed. (source)

According to The American Academy of Family Physicians, children weaned before two years of age are at increased risk of illness. More research states that breastfed toddlers between the ages of one and three have been found to have fewer illnesses, illnesses of shorter duration, and lower mortality rates. According to the World Health Organization, breastfeeding plays an essential and sometimes underestimated role in the treatment and prevention of childhood illnesses (illnesses such as diabetes, heart disease, and central nervous system degenerative disorders). (source)

Extended breastfeeding supports healthy brain development during the crucial first two years of your baby’s life when their brain triples in size! Breastmilk supplies your child with naturally produced DHA, which is a healthy fatty acid. Because of this, according to Dr. Sears, “ The more frequently a mom nurses her baby, the smarter her child is likely to become.” This seems like a monumental benefit to me. If anything you can use this research as a great comeback. When someone says, “Oh, you still breastfeed.” You can say, “Oh yes. But I’m not just breastfeeding, I’m creating a genius here.” (source)

One of the concerns people seem to have is that breastfeeding your child too long will make them co-dependent and unsociable. However, there are actually studies that show a positive relationship between longer breastfeeding duration and social development. According to Baldwin, when you allow your child to gain independence on their own terms and timetable, they become “more secure in that independence than children who are forced into independence prematurely.” (source)

Our children aren’t the only ones who benefit from extended breastfeeding. Breastfeeding helps mothers reduce the risk of breast cancer, ovarian cancer, uterine cancer, endometrial cancer, and even osteoporosis, rheumatoid arthritis, and cardiovascular disease. Apparently, the benefits of breastfeeding are cumulative, meaning that if a mom breastfeeds two babies for two years each, the benefit is equal to that of a mom who breastfeeds four babies each for a year. (source)

Weaning should be an organic process, whenever that may be!

Before I wrap this up I want to get one thing off of my mind. Weaning your child from breastfeeding should be an organic process that happens on its own when you and your child are both ready. That means if for some reason your child weans themselves early, don’t feel bad! If it happened naturally and it wasn’t forced there is no reason to see it as a bad thing. That just means for whatever reason, your baby was ready to stop breastfeeding. There is absolutely no shame in that either. You should always feel proud of your breastfeeding journey, no matter what it looks like or how long it lasted.

For those of you still breastfeeding their toddlers, I hope as you read through those 10 benefits of extended breastfeeding you had a crystal clear realization: If you decide to breastfeed your child longer than a year you should feel absolutely no shame or embarrassment. There are so many amazing benefits of extended breastfeeding for both mother and child and if anything you should feel very confident in your decision knowing that. Listen to your body and listen to your child and let the weaning process happen naturally, whenever that may be!

24 All Natural Remedies to Cure Mastitis

11 Breastfeeding Truth Bombs: The Good, the Bad, and the Embarrassing

Self-Care Tips for Moms: That make you a better mother! 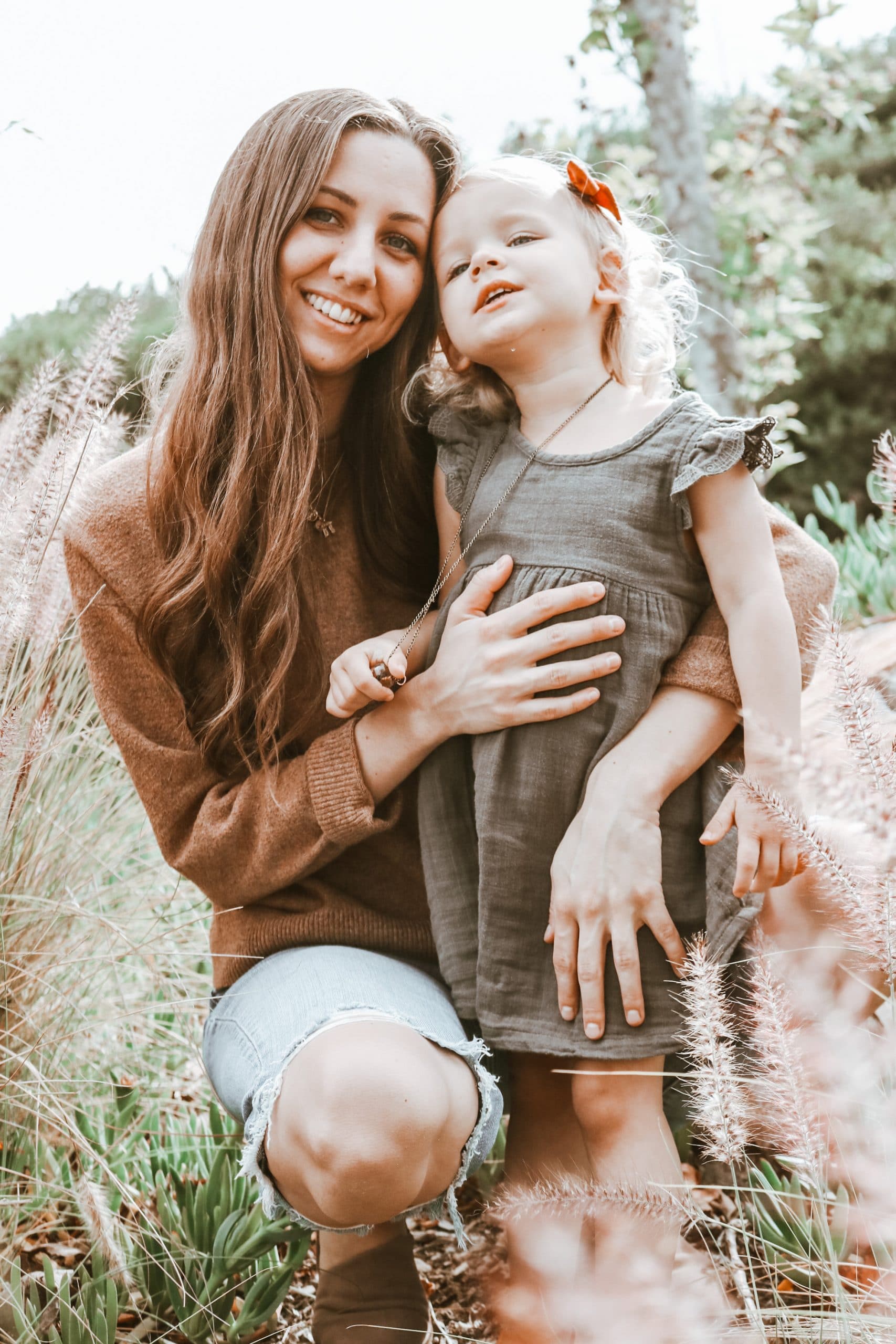